In his rendering of the dreamiest, most sumptuous of ballets, Rudolf Nureyev maintained the incredible purity of Petipa’s original 1890 choreography, just as he had learned it at the Kirov, but infused it with a fresh sense of theatrical drama, revealing all of the characters’ psychological nuances.

It was to La Scala in 1966 that Nureyev entrusted the debut of “his” Sleeping Beauty, and now, twelve years after its last performance, his masterpiece returns with the magnificent 1993 sets & costumes created by Oscar-winner Franca Squarciapino (Cyrano de Bergerac) and Felix Korobov conducting Tchaikovsky's extraordinary score.

International superstar Polina Semionova stars as the lovely Princess Aurora, who after being cursed by an evil fairy (Beatrice Carbone), must fall into a death-like sleep until a handsome prince (La Scala Principal Timofej Andrijashenko) awakens her with a kiss.

The present day Ballet Company of Teatro alla Scala can boast a glorious past whose roots go back centuries to the 1778 inauguration of the world’s most celebrated musical theatre. 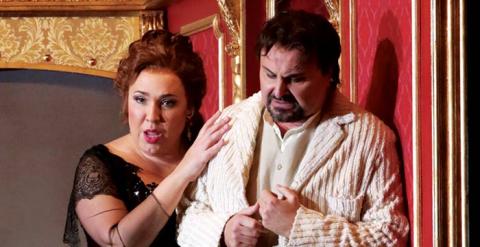 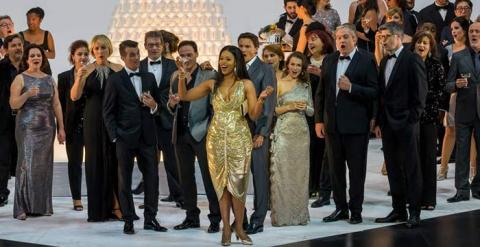